Television shows and e-games: Are children’s behaviour and brain development influenced by their digital technology use? 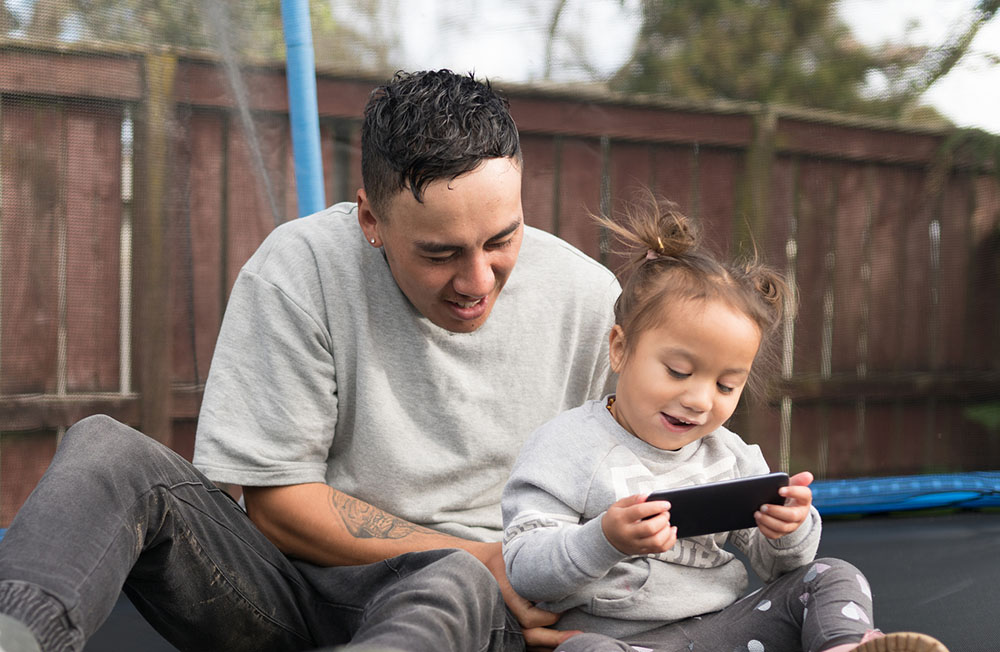 Electronic screens captivate children’s attention in a way almost nothing else does, and technology is a ubiquitous and evolving part of children’s worlds. For children, screens were once only used to watch programs like Playschool on the television set. Now, while television or program viewing is still common in most households, the way children engage with digital technology and their viewing habits have changed dramatically.

Advances in the iPad and mobile phones have led to children having access to thousands of apps and games, and instant on-demand or catch-up TV services, 24 hours per day, 365 days per year. At the same time, early childhood is a time of rapid physical, social and emotional development (Kali. 2006). Studies have found excessive “screen time”, particularly TV viewing, to be adversely linked with physical, social-emotional, and cognitive development during early childhood (Poitras et al., 2016). It’s perhaps why Roald Dahl in 1964 wrote:

“So please, oh please, we beg, we pray,
Go throw your TV set away,
And in its place you can install
A lovely bookshelf on the wall.”

The Australian 24-Hour Movement Guidelines recommend no sedentary screen time for children younger than two years, and, no more than one hour per day for children aged 2–5 years (Okely, et al., 2017). Before COVID-19, Australian children aged 2-to- 6 years spent more than 3.5 hours per day engaging with digital technology (The Royal Children’s Hospital National Child Health Poll, 2017). In this context it is unsurprising that 57% of parents reported excessive screen time as their number one concern for their children in 2021 (The Royal Children’s Hospital National Child Health Poll, 2021). While parents might be concerned, much of the evidence informing guidelines focussed on television viewing, a passive form of digital engagement. This might not reflect children’s current reality of digital technology use – where more interactive digital media might support social interactions, learning and play.

Excessive time spent watching passive programs might displace opportunities for children to play individually or with others – with possible implications for social, emotional, and physical development. Less understood are the implications of engaging with contemporary, interactive forms of digital technology such as electronic apps (e.g., apps or games) enabling connection, collaboration, decision making and problem solving that might promote development in these areas.

To explore this, we investigated how passive and interactive technology use might influence children’s cognitive, social and emotional development in the PATH-ABC study (McNeill et al., 2019). 185 children were recruited from 18 preschools in the Illawarra region of NSW, Australia, where they undertook assessments, designed as games, that measured aspects of their cognitive development, specifically their memory, inhibition and ability to shift their attention. Early childhood educators reported on children’s social and emotional development. Parents reported their child’s weekly digital technology use twice over 12 months. Children’s digital engagement was classified as passive technology use (that did not involve any interaction – e.g., watching TV, DVD and online programs) or interactive technology use (that had an interactive component – e.g., app use and electronic games). Our study observed the following:

These preliminary findings indicate that different types of digital technology use, and duration of use, may be associated with children’s development in different ways. While our results are novel, they cannot show children’s digital engagement caused differences in these outcomes. In this context, our results indicate that moderate levels of engagement with digital apps and games (rather than high levels of passive program viewing) may have potential to support children’s development or might not hinder children’s development. This may not be the case at higher levels of digital technology use although, as with every activity in which children engage, the nature and quality of the activity also matters.

These results are only suggestive, but an important first step in understanding the impacts of children’s evolving digital lives. Just as reading the words of a book may not be identical to discussing and asking questions about the story, the developmental benefits (or lack thereof) for children of digital technology use may be impacted by the accompanying social interactions, cognitive engagement, and developmental alignment to children’s current abilities and needs. It is likely that what children engage with digitally, when, with whom and how they engage, may matter just as much as how long they are doing it for. Better understanding how the context of children’s digital technology use might influence their health and development may be an important next step in providing parents and educators with practical and useful guidance for raising healthy, educated and connected children within a digital world.

Get new blog posts straight to your inbox

Dr Jade Burley was a PhD candidate on The Preschool Activity, Technology, Health, Adiposity, Behaviour and Cognition (PATH-ABC) study. Her PhD specifically examined the influence of electronic media use and physical activity on cognitive and psychosocial development in preschool children across the ... more
Dr Dylan Cliff’s research focuses on supporting children’s development and health through investigating movement behaviours such as physical activity, sedentary behaviour and use of electronic media. As Chief Investigator in the Healthy Child program and contributor to the Longitudinal Family St ... more
Associate Professor Steven Howard’s research focusses on how to easily, accurately, and playfully pinpoint children’s developmental progress and needs in key foundational areas such as self-regulation and cognition. As Chief Investigator on the Educated and Healthy Child programs, Steven hopes t ... more